Hills, driving rain, howling wind – we hear the Gower Half was pretty brutal. Tell us more…

It was touch and go at one stage as to whether the event was going to have to be cancelled due to the conditions which – given the training and the efforts to get there we had all made -would have been a huge disappointment, so although it definitely made the race far from idyllic I think we were all just pleased to hit the start line and get back in one piece.

Despite the conditions, was it enjoyable?

Not sure that ‘enjoyable’ would be the word I would have used but certainly all things considered it was satisfying to complete it and definitely a great experience.

Any interesting anecdotes from the race or weekend?

Sharing a house with two gerbils was not something any of us had anticipated nor was finding an awkward     looking road near where we were staying which – as with Mr Benns changing room – according to our various sat navs was the route that could take you anywhere!

What was the best part about Project Trail?

It’s been a great experience and opened my eyes to the delights of off road running which I will definitely be keeping as part of my training going forward. The support and camaraderie from the other guys and Robbie has made it extra special along with the guarantee every month of ridicule from friends and family after each heroic looking picture appeared in the magazine!

So, what’s next? Project Ultra?

If you had suggested that a few months back I would have dismissed it entirely but now it doesn’t seem quite as ridiculous. I have one trail and one road marathon pencilled in for 2016 already so once I have come through them I might just look into trying something a little longer…. 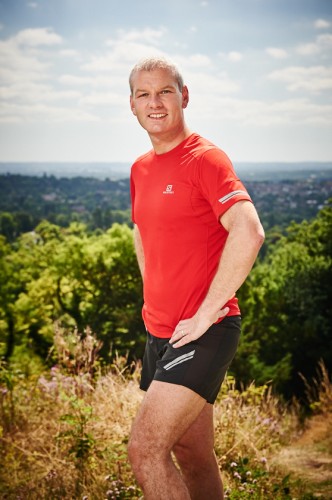 How to Choose a Rucksack

Adventure in a Day

Running the Ramsay Round
All Videos Videos