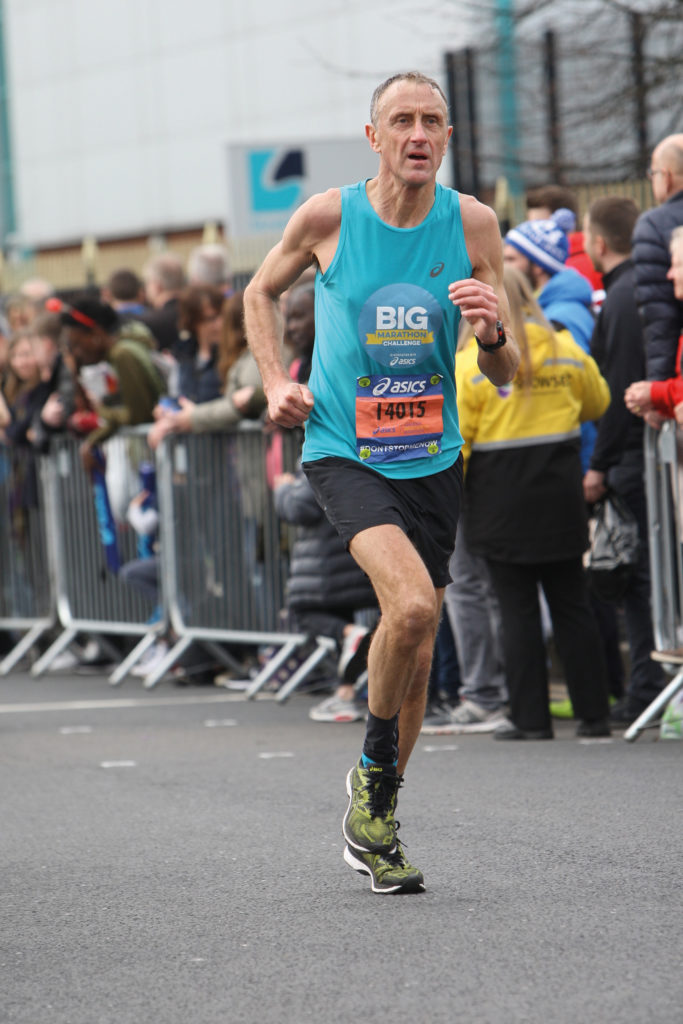 How did it go, Charlie?

I got 3:22:02. I really think I should have done about 3:10, but I cocked up a few things. The worst thing I did was drive up to Southampton, in order to fly up to Manchester on the Saturday morning.

I had to get up at about 4am, which meant I was pretty knackered the day before the race. I didn’t get any sleep the Friday night, because I was so worried about not waking up on time, then I didn’t sleep much Saturday night because it was the night before the race itself, so I did a marathon without sleeping for two days!

My wife, Sarah, said to me when we were driving back from the airport Sunday night, “Why didn’t you just go for 3:15?” And it’s so simple but I really should have just lowered my expectations slightly, because I think if I set off aiming for 3:15 I would have made that.

Do you think you set off too fast?

In retrospect, yes I did. Because I’ve been training for the sub-three, I set off with the three-hour pacer and kept with him fine until mile 10. Then the fatigue set in—whether that was because of the lack of sleep, or because of this IT band [iliotibial band] I’ve been having trouble with—and I had to re-evaluate, but then by mile 16 I was all over the shop!

I was almost in tears, to be honest, which is ridiculous. I was really lost and bewildered, then I heard someone in the crowd say, “Here come the 3:15 pacers.” When they caught up with me I had a bit of a boost and managed to stick with them for a few miles. I thought, great, I’m going to get 3:15; but at 21 or 21-and-a-half the wheels came off. My whole body was cramping and my mind was all over the place.

Is that it now, for you and marathons?

At mile 16 I made a deal with myself that I didn’t care if I got Good for Age (3:20), because I was never doing another marathon again. Then about a mile from the finish line, I thought, that’s it I’m definitely not doing any more marathons.

But as I approached the finish line—for the last 200 or 300 yards—because I’m a poser and a show-off, I was playing up to the crowd, getting both sides cheering, and that gave me a lift. At that point, I thought, yeah OK, I’ll do another couple maybe!

Sub-three may have been out of reach, but you still got a marathon PB!

I did, but I am a bit disappointed, because I knew this was a really good opportunity. I don’t particularly want to do another marathon, but I think I probably will because I can’t accept that as my PB! I know I can do better. The conditions on the day were perfect, the course was great and fast, the support was perfect, but I needed to be 100%, physically, for the three hours to ever be on—and to be honest that was never going to happen.

Everything’s been fantastic, though. I’ve loved meeting everyone and I’m so glad I got the chance to be part of the team.

Charlie definitely had the most ambitious goal, but he put himself out there and did everything he could. Going for it probably cost him a faster time, but he wasn’t willing to settle. It was just a shame his injury cost him a real shot at the sub-three.