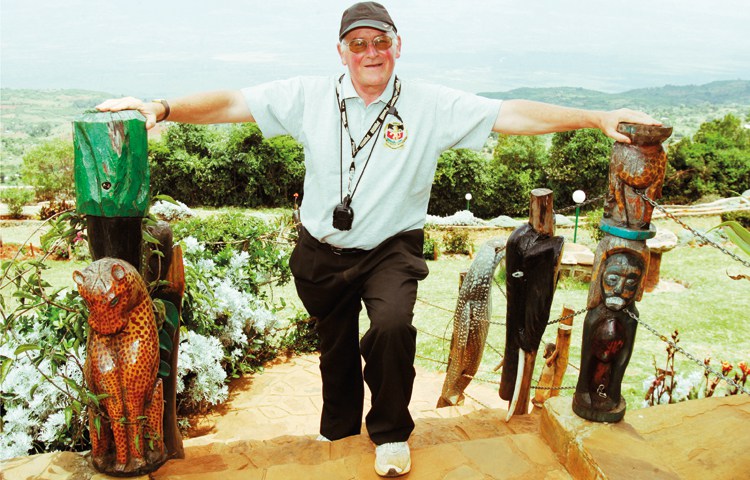 Brother Colm O’Connell has, in the form of Kenyan middle-distance running, created one of sport’s greatest dynasties.

Born in Caherduggan, County Cork, he joined the Patrician Brothers, a Roman Catholic congregation, at the age of 14. In his early twenties, he joined the priesthood and went on to work as a teacher. Then, in 1976, the chance arose for a three-month posting in the small Kenyan town of Iten. The place he was to teach at, St Patrick’s High School, had – unlike O’Connell – a certain amount of sporting pedigree. That was thanks, in no small part, to Peter Foster (brother of Brendan, the 10,000m runner), a Service Overseas volunteer in temporary charge of track and field at the school.

One of Foster’s contributions to athletics at St Patrick’s was knowledge of his brother’s training regime. Before, the Kenyans would simply run as fast as they could over the same distances, but Foster introduced the various methods – intervals, fartlek, hill work – now seen as essential to any aspiring runner’s regime. Another of Foster’s significant contributions was to take O’Connell under his wing – introducing him to the world of athletics, the revolutionary new training methods and the dizzying potential shown by many of the students. When Foster returned to the UK, O’Connell took over coaching duties.

From the outset, it was clear that what O’Connell lacked in experience he made up for in an uncanny ability to get the best out of his pupils. Not one for obsessing over data, O’Connell made a point of focusing on the individual: on honing mental strength and boosting confidence.

On and off the track, O’Connell was an immediate success. His unique coaching methods resulted in his students winning a wealth of national titles, and his teaching was no less revered – in 1986, a decade since his arrival at St. Patrick’s, he became headteacher of the school. It was in this same year that his coaching began to receive international recognition. Asked to pick the Kenyan team for the first ever World Junior Championships in Athens, he selected just nine athletes. They returned with nine medals. “It was then that I thought, ‘There’s something here,’” O’Connell told The Guardian.

He moved quickly to set up the first ever Kenyan running camp and, as his pedigree continued to rise, St Patrick’s began to be known as something of a middle-distance Mecca. Under his tutelage, Peter Rono won 1500m gold at the 1988 Olympics, Matthew Birir won 3000m steeplechase gold at the 1992 Olympics and, in the mid-90s, world champions Sally Barsosio and Rose Cheruiyot were among his first world-beating females. He’s most famed, however, for unearthing two of the most prodigious talents in middle-distance history: Wilson Kipketer and David Rudisha. Although Kipketer never won an Olympic medal, he dominated the 800m throughout the 1990s and still holds eight of the 17 all-time fastest times over the distance. His world record, 1:41.11, stood for 13 years – until being broken by Rudisha in 2010.

When O’Connell first met Rudisha, the now Olympic gold medallist and two-time World Champion was a gangly 12-year-old schoolboy with no standout talent: just another Kenyan runner dreaming of success. O’Connell, though, saw something in him and gradually helped Rudisha to become a world-beating 800m colossus.

Despite the unprecedented successes of those he’s coached, however, O’Connell has always made a point of dampening the superstar status. Days after Rudisha broke Kipketer’s long-standing world record in 2010, O’Connell had him training with a development group back in Iten. The message? No big shots. Thanks to the personal, perceptive approach of O’Connell, Kenya has dominated middle-distance running for three decades. The ever-friendly, rosy-cheeked man from small-town Ireland has helped a nation to become a sporting powerhouse and, in doing so, he’s pushed athletics to another level.