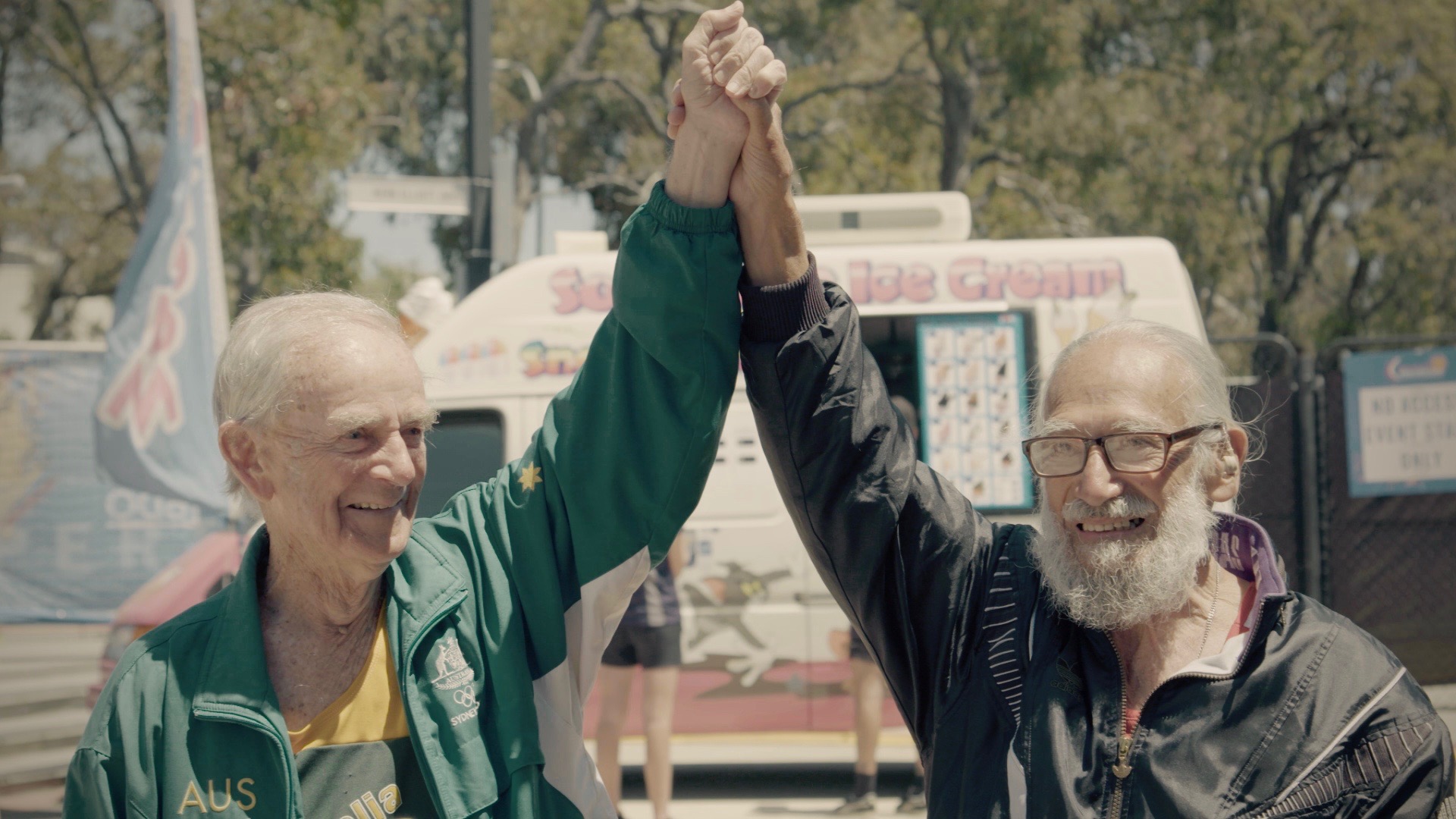 Most of us hope that one day, when we’re old and grey, we’re still healthy enough to move about freely and live a reasonably active and enjoyable lifestyle. For some people, though, that simply isn’t enough. Some crave more, and by more I mean medals.

BBC2’s documentary The Pacemakers follows a group of athletes, all over the age of 90, who each train to compete and win. Their search for medals is inspirational and, as competitors at the famous World Masters Championship, far from a crazy dream.

We spoke to Selah Hennessy, the director of the documentary, to get a real sense of what these OAPs with a difference are really like. Could someone at 95 really favour a dumbbell over a custard cream? Are these guys for real? See below for all the answers…

What made you want to create this documentary?

The documentary started when I met Charles Eugster a few years back. At the time he was 95 and had only just started sprinting. Through him I met this whole community of incredible athletes past the age of 90, who all had dreams to become world champions. I guess ‘inspirational’ is a word that gets tossed around quite a lot and I don’t want to use it lightly, but seriously, these 90+-year-old athletes are next level.

They’re overcoming major obstacles to compete for world championship titles, and they have so much grit and perseverance, it’s just mind-boggling. I wanted to tell audiences about it because I felt like these guys had real insights into the human experience that all of us can use and benefit from.

Did anything surprise you about the athletes?

The people in the documentary are all in love, obsessed even, with athletics. That’s what motors the story and didn’t surprise me at all because I knew they would be before I began. But what did surprise me was what’s driving them. It’s weird when you say it out loud, but I think I felt like people in their 90s were just motivated by different things than I am. And actually, what I found was that at 90 they have the same drive and ambition as I have now; same pride, same desire to achieve and excel, same need for independence and love.

Charles, who was 97 during filming, was passionately looking for a new girlfriend and that core human instinct – to impress someone you fancy – was one of the main things driving him. Through life we go through so many changes but at our core we remain the same, and I guess that surprised me.

How big is the World Masters Championships?

The World Masters Athletics Championships are normally attended by thousands of athletes from all over the world. Masters Athletics is a huge movement and it’s for athletes over the age of 35, so it actually starts much younger than the group I was focusing on. It’s an incredible movement and the British team is really active and wins a lot of medals at the international level.

Who’s story had the biggest impact upon you?

Firstly, as boring as it sounds, all of them have had a huge impact. It’s funny to make this as my first documentary right out of film school because making your first one-hour, and knowing it’s going to be broadcast on BBC2, is a bit nerve-racking… But I was constantly interacting with 90-year-olds giving me total pearls of wisdom about being brave in life, being committed, having faith in oneself… I mean, you couldn’t ask for a more motivating way to get you through your first film.

I think watching and learning from their approach to life has absolutely influenced how I’m approaching my career and following my own dream. Beyond that, if I had to whittle it down to one, I would say Charles. I filmed with him over many years and we spent a lot of time together. He became a true friend to me and to this day his words come fleeting through my brain pretty much on a daily basis.

Are you inspired to now follow in their footsteps?

It definitely got me back in the gym! I’m not a competitive athlete myself and I don’t necessarily see that on the horizon but they have absolutely inspired me to use my body, stay fit, stay active – so I can have a healthy life and keep my independence for as long as possible.

If you’re yet to see the BBC documentary, it’s available online here: http://www.bbc.co.uk/programmes/b092l5gd