Are You Addicted to Running? 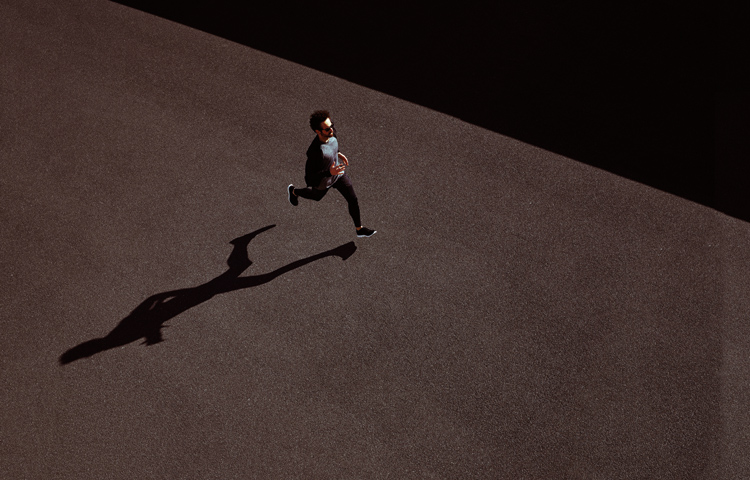 Running is good for you – we all know that. It’s also more-ish, and there’s a fair chance you experience the “runner’s high” that makes you want to go further, and faster, every time you lace up your trainers. But it can also be addictive, in a way that becomes all-consuming and, ultimately, bad for you. You really can have too much of a good thing.

“I took up running when I was recovering from alcoholism,” says Mark, 36, who doesn’t want to reveal his full name. “I’d been on a bender to Ireland to watch England play in the Six Nations and was sat at the airport having lost my luggage and feeling horrendous. “I was thinking about my wife and two kids at home and wondering how I’d ended up like this. I went into the newsagent and, on the spur of the moment, bought a fitness magazine. I also sought medical help when I got home. I didn’t really want to go the gym, though, so I started running.

“It was a godsend. Once I’d detoxed and began to feel better, I started off – slowly – by running and walking for 10 or 20 minutes at a time. As I got fitter and stronger, I went further and faster, and began entering races.

“After a couple of years, however, the running had become an obsession. I felt as though I continually had to do better, and each training session became a race against the clock. I began running every day, seeing less of the family I’d wanted to dry out for, and felt a sort of depression if I had to miss it even for one day. Then I started getting knee problems and ended up in quite a lot of pain, but still I carried on. I couldn’t stop.”

Physical activity releases endorphins – chemicals that enhance mood – in the brain. Running and other forms of cardio such as cycling release more of them than other forms of exercise – hence the runner’s high – and therein lies the problem: the more of them you release, the better you feel and the more you crave. Running really can become like a drug.

“Endorphins provide a physiological response that’s pleasurable – they help explain why we want to repeat the experience,” says Andy Lane, professor of sports psychology at the University of Wolverhampton. “However, that response has to come with pleasant thoughts, a sense of achievement and a sense of wellbeing. In many cases, runners receive social support and, coupled with endorphins, this provides the double whammy of reinforcement likely to strengthen the connection.”

In The Truth About Exercise Addiction, authors Katherine Schreiber and Heather Hausenblas outline seven factors that make up the ‘Exercise Dependence Scale’, to help athletes asses whether they’re addicted to exercise (see page 66). Their responses found that 25% of runners suffer from exercise addiction, compared to around 0.3% of the general population. It is, seemingly, a real threat.

“The methods used here skew the results – they rely on self-report,” counters Lane. “People hide their addictions, but with running the exercise habit is something that’s celebrated in many ways and positively reinforced.”

Part of the problem is that social support Lane mentions, in that it’s more socially acceptable to be addicted to running. He adds that you can, for example, justify a 16-mile run “because you’re training for a marathon. A runner raising money for charity by running a marathon is diverting attention from themselves and gaining positive reinforcement for their running.”

That’s not to say the scale itself isn’t relevant or that addiction isn’t an issue, and you may yourself have experienced some of the symptoms: low mood, anxiety or lack of sleep if you miss a run, running through injury and avoiding friends, family or even work to fit running in.

“You’ll notice the symptoms when you’re not running,” says Lane. “Pleasure from the activity – the joy of finishing the London Marathon and the shared experience it entails – is all-embracing. Addicted runners are those who cannot rest: who seek the next positive experience almost before finishing the current one. When they’re injured, they will notice huge urges to run, negative mood as a consequence of not running and a general disturbance in their wellbeing.

“We need to be careful here,” he adds. “Running involves positive habits and being able to run without having to heave yourself off the sofa is a good thing. However, just over the edge of it being a positive thing is it becoming an obssession. You need to learn to recognise how running fits into your overall plan for managing your mood. Running is one approach, talking to friends is another, socialising a third. If exercise and movement is key, do other exercise or physical activity such as gardening. Find enjoyment from multiple sources and you will reduce the likelihood of a dependency on one.”

Another problem is actually recognising the problem, especially if you’re not prone to injury. “People could be addicted and not know it,” Lane adds. “It’s a habit, and a positive one. It’s only an addiction when it’s withdrawn and all sorts of unwanted negative thoughts and feelings emerge.” Replacing one addiction with another is never healthy, but it isn’t just those who have been addicted to unhealthier pursuits in the past who are prone to take running to extremes.

“I didn’t have any vices,” says Malcolm, a 53-year-old runner from Southampton. “I started running in my mid-twenties and I didn’t gamble or smoke, I ate well enough and I only drank maybe twice a week. It was in my thirties, when I started to take running more seriously, that I developed a ‘problem’.

“But exercise addiction wasn’t really a thing then and I just carried on until I could barely walk. I stopped running for around five years while having what I suppose was a mid-life crisis, and I didn’t start again until I was 44. Since then I’ve been more sensible and, because of what happened to me before, more controlled.”

So what’s the cure? Unlike many other addictions, you don’t have to abstain completely. The key is in recognising the problem and moderating your behaviour. “Training diaries are helpful in identifying progress and being clear on what you are working toward,” says Lane. “I’d also encourage active recovery and learning to regulate mood using different means. It’s the reliance on a single strategy where we see issues.”

Back to Mark: “Eventually I had to go to my GP and he was actually a big help,” he says. “I was referred to hospital for tests on my knee – which scared me – but he also suggested I see a psychologist or join a running club to help organise my training, and maybe get some advice from my fellow runners.

“I had to stop running for around six months but when I started again I did join my local club, and as I got talking to people I realised that I’d had a problem and that I needed to wind it back a bit. Now I run three times a week, feel healthier and more energised, and I have my life back.”

7 signs you may be addicted to running

(according to the Exercise Dependence Scale)

1. Do you experience withdrawal symptoms when you stop?
2. Do you continue to exercise despite recurring problems?
3. Do you feel a need to always do more to achieve the same effect?
4. Are you unable to control your exercise habits?
5. Are you spending less time doing other things?
6. Is exercise consuming all of your time?
7. Do you exercise more than you intend?