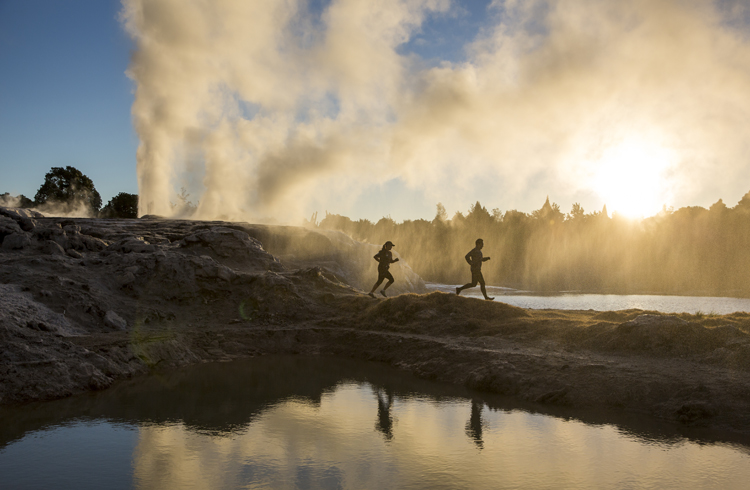 Imagine Frodo was an ultra-runner, the Tarawera Forest the Shire. Imagine you were his Bilbo Baggins and you were on the start line of the Tarawera 100K in the pre-dawn light of the redwood forests about to embark on your fantastic adventure. Well, for nearly a thousand runners on a balmy Saturday morning in February, this was more reality than fantasy. There were probably even a few hobbit feet by the end of the race.

The Tarawera series of races consists of 60K, 85K and 100K options through some of the most beautiful countryside New Zealand has to offer. It’s the brainchild of local RD Paul Charteris and his desire to showcase the best of New Zealand’s trails in conjunction with the finest hospitality and welcome the Kiwis are famous for. The race itself is in its seventh year and is now a part of the Ultra Trail World Tour, a collection of iconic races on the most diverse trails the world has to offer. Finishers in each race in the series earn points recorded in a ‘passport’ with the three best results counting towards their yearly total. The male and female racers with the highest points are crowned the ‘Ultra Trail World Tour Champion’ after the final race in the series. Of course, the vast majority of runners in all of these races aren’t particularly interested in points or world placings; they’re just there to enjoy that particular race. What the tour does do, however, is guarantee a quality of race experience that is difficult to surpass.

Having been marred in previous years by poor weather and forest fires, the decision was taken to bring forward this years race to the beginning of February providing this year’s race with almost perfect conditions. It’s also had the added benefit of spacing out the Ultra Trail World Tour, giving the top athletes a better chance of adding more races to their own personal schedules. With the change in date also came a change in start time to preserve the pre-dawn start in the forest and the characteristic sight of a trail of headlamps charging out into the redwoods.

Best of the best

Being part of the Ultra Trail World Tour ensures there’s always a strong representation in the elite field. Last year’s male winner, Sage Canaday, was out due to injury but a strong contingent including Dylan Bowman, Jorge Maravilla, Mike Wardian and last year’s second-placed male Yun Yan-Qiao would ensure there was no let up on last year’s pace. The UK’s Robbie Britton came in off the back of a strong 2014, hoping to shock some of the established names in the field and challenge for a podium place. For the women, Nuria Picas was the established favourite with wins at Transgrancanaria, UTMF and the TNF 100K in Australia to her name. However, New Zealand’s prodigy Ruby Muir was just coming back from injury and was sure to want to return with a win on home soil. An ex-Vibram five fingers athlete Ruby had moved into more cushioned shoes post-injury and was hoping for a strong showing in her first race back.

Yun Yan-Qiao lead out from the start with a course record pace, chased all the way by a perpetually smiling Robbie Britton. However, it wasn’t to be for Yan-Qiao and he was overtaken by the eventual winner Dylan Bowman at the 47K point and dropped at 60K, his early pace taking its toll in the NZ heat. Bowman increased his lead throughout the race winning in a time of 7hrs 44mins, a new course record by some 45 minutes. 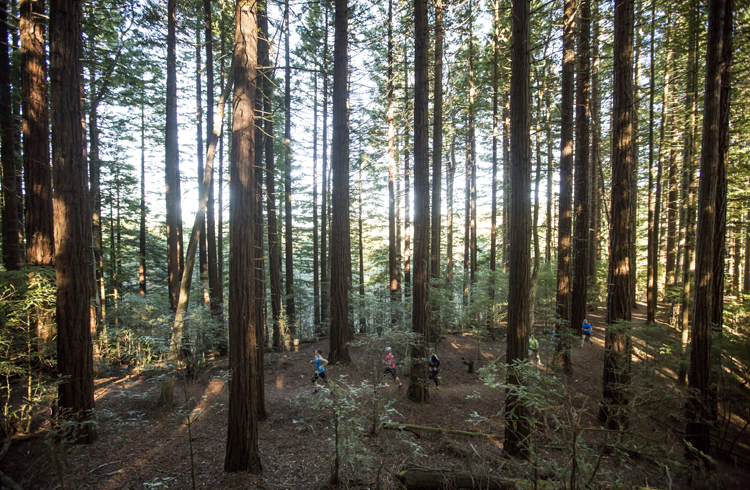 In the ladies race, it was a welcome return to form for Ruby Weir, eventually winning in a record-shattering 9hrs 2mins over fellow Kiwi Ruth Croft. It’s worth mentioning that Weir was caught at the 90K point by Croft before eventually winning by a margin of 12 minutes, obviously still having huge desire to win coming back from a long lay-off.

But the front of the field is only part of the story and in the Tarawera races Chateris has created something that’s as memorable for the last runner in as it is for the first. He’s taken the best ideas from around the world and used them to give every entrant the best experience they can possibly have. It’s the little touches like the headtorch collection point 5K into the race so you don’t need to carry your lamp the whole way. Or the rule that anyone deliberately littering will be made to clear gorse bushes by hand dressed only in sandals and shorts.

It’s a running race for runners, evidenced by Charteris himself completing it this year, though not, it must be said, at the front of the field. But in this race Charteris has created something special for everyone and it’s already on my bucket list. Now all I have to do is drop it into conversation during a Lord of the Rings movie marathon…