How Plyometrics Can Benefit Runners 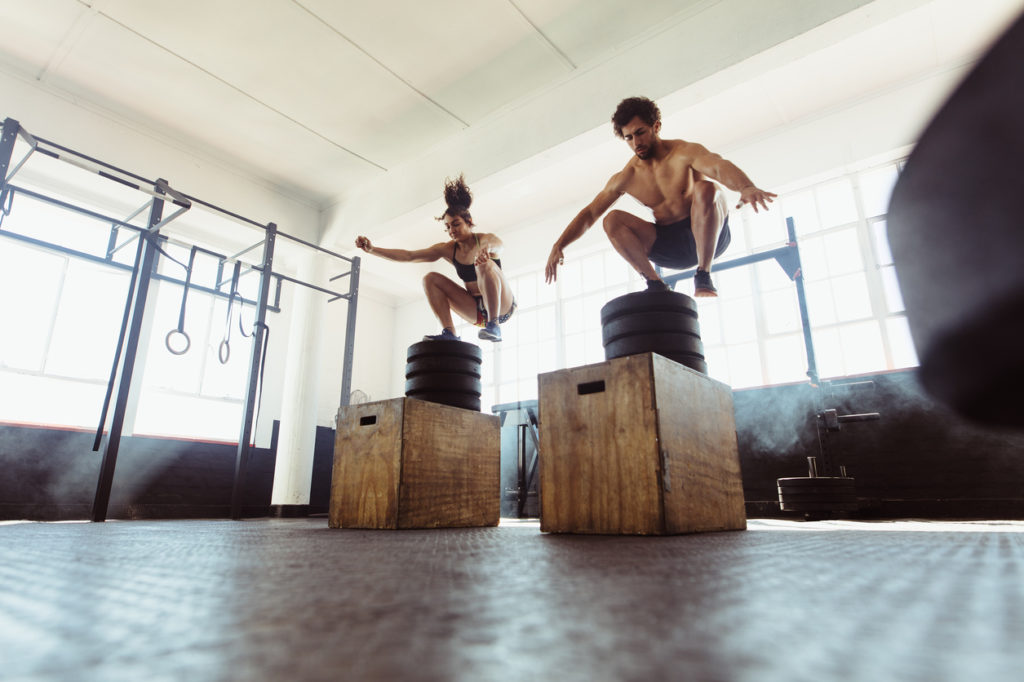 “Plyometrics is a training method used by coaches to develop explosive power,” says Joe Peat, my personal trainer for the evening (joepeat.com).

I’m at Fitness First in Aldgate, Central London, and I’m about to learn that, as well as being a training method for explosive power, plyometrics is about far more than a few half-hearted box jumps.

After a quad-numbing ‘warm-up’ of various exercises with the deceptively painful resistance band, Joe has me hotfooting around the gym like, well, like I’ve got hot feet – “I coach my clients to think the ground is boiling hot and they need to react by jumping as quickly as possible,” he says.

Vertical jumps and shallow box jumps are followed by single-leg bounds and an exercise that involves stepping off a platform and jumping forwards as quickly as possible – minimising ground contact time.

Channelling my inner Tigger is all well and good, you might ask, but just how can jumping improve your running?

“Plyometrics is all about producing the greatest force in the least amount of time,” says Joe. For exercises like depth jumps where movements are high intensity and ground contact time is minimal, the runners need to produce a reactive response in under 0.2 seconds.”

Paula Radcliffe’s physical therapist, Gerard Hartmann, used a simple test to determine strength and power: he had her do 20 hops, as fast as possible, onto a 16-inch box.

The benefits were there for all to see: when other runners fatigued, she had the power in her legs to push on.

Equally, Joe cites Mo Farah’s 2012 Olympic 5K and 10K double as an example of how runners can apply power training to increase speed when needed: “He runs at maintenance pace for most of the race and during the last 200m you see how he produces more power to accelerate and win the races.”

Throughout my session, Joe stresses the importance of reacting quickly and being explosive with my movements.

“No fast runners spend much time on the floor,” he says. “Think about the difference between a bouncy ball or a sponge; I want my runners to be like the bouncy ball off the floor. If you train slow, you become slow.

Plyometric exercises – particularly shock method movements such as depth jumps – teach you to be explosive off the floor, leading to an increase in speed.”

“As intensity is high during plyometrics, volume generally should be kept low to enforce good technique at all times.