In the ‘Yes’ corner 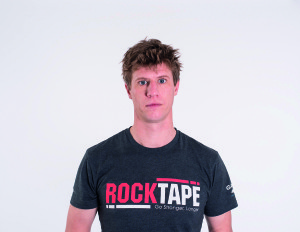 Paul Coker is a specialist musculo-skeletal physiotherapist and the medical director at Rocktape UK (rocktape.net). Since 2006, he has worked in professional sport and private practice.

How does K-tape help runners?

The most common reason to wear tape is to reduce pain. It works, too, particularly in the acute phase of injury and when combined with exercise. Given that a single tape application can be worn for up to a week, often costs less than £1 and has no significant side effects, it surprises me that it is not more widely used than it.Aside from treating pain, tape is also frequently used to improve muscle function, alter posture/gait, treat swelling and reduce fatigue.

Has there been any research to prove that it works?

Yes, plenty!  It’s a common misconception that kinesiology tape lacks independent research. There are in excess of 100 peer-reviewed articles examining the effects of tape. It is fair to say the quality of these papers could be better and the results are not completely clear-cut. However, there are plenty of encouraging signs. The most recent systematic review by Lim and Tay concluded that tape is effective in relieving pain, particularly during the first four weeks after injury.

Is there anything particular to K-tape that makes it preferable to other tape?

Ah, the duct tape question! It’s only special ingredient is elasticity. Most of the benefits derived from wearing tape are likely be down to the tape altering input to the nervous system. Fundamentally, anything stuck to the skin could do that. However, kinesiology tape’s elasticity makes it perfect for stimulating the nervous system, without constraining or limiting movement at all. If you buy good tape (like Rocktape), it stays where you put it and doesn’t irritate the skin, meaning a single application can last up to a week.

Is there a specific type of injury that K-tape works best for?

Not really. As a therapist, I use it as part of treatment for the whole spectrum of musculo-skeletal injuries. If runners are thinking of trying some self-taping, sore muscles or overuse type injuries are a good place to start. My advice would be: if you have tried to tape more than two or three times and you aren’t feeling better for it, go to see an experienced physiotherapist.

Is there a certain technique that should be used when applying K-tape?

The finer points of application vary from one body part to another. In general, though, people tend to stretch the tape way too much and their bodies not enough during application. So a good place to start is stretch your body fully and the tape only lightly. Keep it simple: complex and intricate applications don’t achieve as much as simple ones, feel bulky and fall off easily.

In the ‘No’ corner 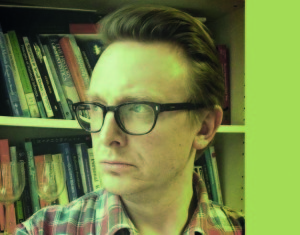 Roger Kerry is an associate professor in physiotherapy and rehabilitation science at the University of Nottingham. Follow him on Twitter @rogerkerry1 .

Is there any research to show that K-tape can help with injuries and/or the reduction of pain?

The best source of evidence to look for when you want to know whether something helps with injuries or not is data from scientific trials. Looking at this data, there’s little reason to suggest that K-tape is any more effective than any other intervention, or indeed just time. Of course, there are some small studies showing an effect from K-tape on some aspects of performance, e.g. jump height, muscle responses. The problem is, these are often small studies and measure ‘surrogate’ outcomes that do not directly relate to running performance. K-tape websites overtly state that this tape will help with pain and performance. However, according to the available scientific evidence, this is just not the case.

Is there anything particular to K-tape that makes it preferable to other tape?

The characteristic difference between K-tape and other tape is that K-tape has elastic properties. Manufacturers also seem to fight over how sticky their tape is – although I’m not sure why you would want it on for longer if it doesn’t work! K-tape is also, of course, nice and colourful.

You conducted a placebo test with K-tape. What were the results?

As part of our placebo paper we looked at the placebos that K-tape trials use. From looking at all the results, it seemed that if anything did make a difference, it was probably the way the tape was applied, and not the elastic properties of the K-tape. So it doesn’t much matter which tape you use – or, indeed, if you don’t use any at all.

Instead of turning to K-tape, what should people suffering injuries concentrate on?

I do think that K-Tape might offer some support for some people for some performances. This support is most likely psychological, however. I think that taping encourages a false sense of health and injury. Often, if you think you need tape, then you really should be avoiding loading your tissues at all. You should, instead, be undergoing a properly graded recovery and rehabilitation programme. There is no tape in the world that can replace or help with this process.