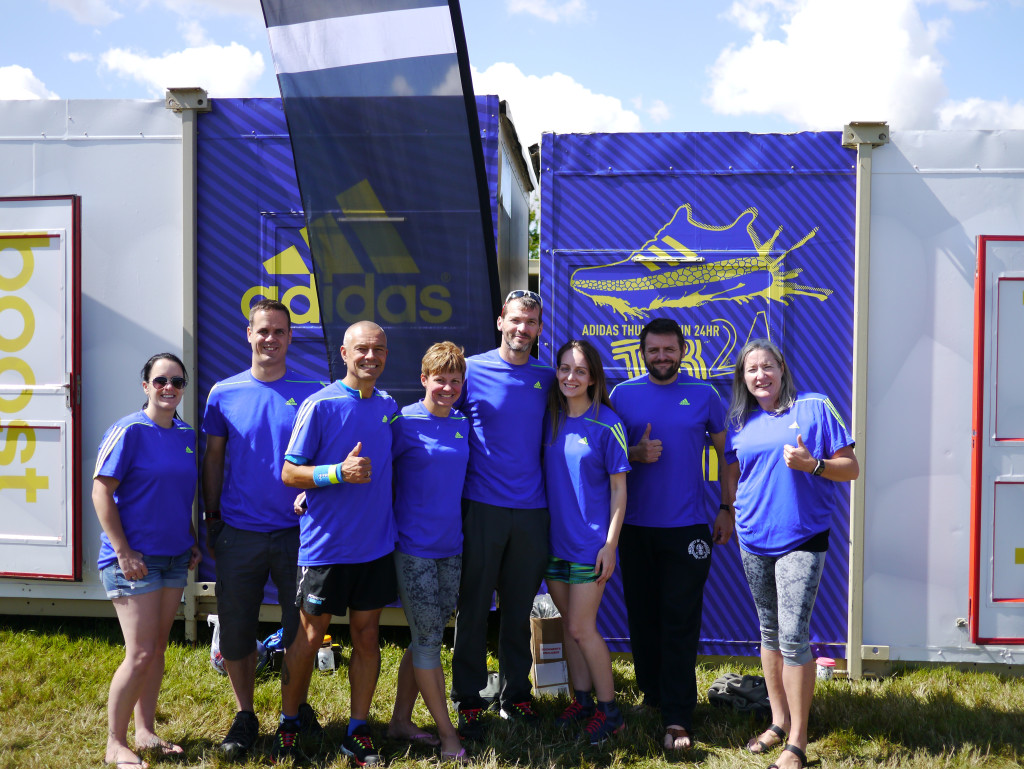 MR’s team from left to right: Dan, Paul, Gary and Steve with their WR counterparts

“Glastonbury for runners,” I was told. “A festival of running beyond compare,” they said. “Friendships will be made,” I heard. And you know what? For once, the hyperbole was true.

When Men’s Running asked for me to captain their adidas Thunder Run team, I jumped at the chance and the responsibility fell on my head. So, plans formulated, WhatsApp groups populated and e-mails sent, I made my way to Catton Park in Derbyshire through some of the finest weather the UK summer could throw at me, frantically trying to remember if I’d packed waterproofs.

For those of you who aren’t familiar with the TR24-hour race format, essentially you complete a 10K trail loop of the course, either individually or in pairs, in teams of five or eight – both mixed and same sex. The person or team with the most laps at the end of the 24 hours wins. Simple, right? Well for us, fortunately, it was; four guys from Men’s Running and four ladies from Women’s Running alternating laps and filling the downtime with some good old-fashioned chat and mickey taking. Mostly of me, it transpired.

My team consisted of the following three gents: Paul ‘Speedie’ Simons, undoubtedly our fastest runner and a man normally dedicated both to the roads and his stopwatch. Joining us were Dan Stinton, a far-better-than-he-realised new runner from Manchester, and an old hand in the form of Steven Jones. With this team I felt great things were possible. Or at least a few laps and a good old chinwag.

Paul was up first and shot off at the front of the lead group, a grin lighting up his face that was to last the whole weekend. He returned less than forty minutes later, surprising all of us. And there we found our rhythm for the day and into the night, the comforting beep of Garmins and Suuntos serenading us as we waited for our runner to appear on the final straight. A quick word of encouragement then away, sprinting the first hundred metres for the cameras than falling into our own individual rhythm, the initial adrenaline pump fading as we tackled the first hill.

All too soon it was my turn. Having just returned from injury, I was apprehensive. I took things gingerly, though, and it was fine. 49 short minutes later it was my turn to hand over, waved in by the rest of the team to hand over to Anne-Marie, the captain of the WR team.

Alhough we had agreed that we were going to have a social run, there were those out on the course for whom it was all or nothing, from the solo runners hammering out lap after lap, metronomic in their pace and steely in their determination, to the teams of five and eight making every second count, faithfully calculating and re-calculating whenever team mates came in.

As Paul came in at the end of a typically speedy final lap, it was all over. 24 hours after we started a race as strangers, we finished as friends. People from completely different ways of life found common ground in running around a field in Derbyshire, united in a love of running and a desire to enjoy all the opportunities it brought. For that, I think the ThunderRun was perfect. 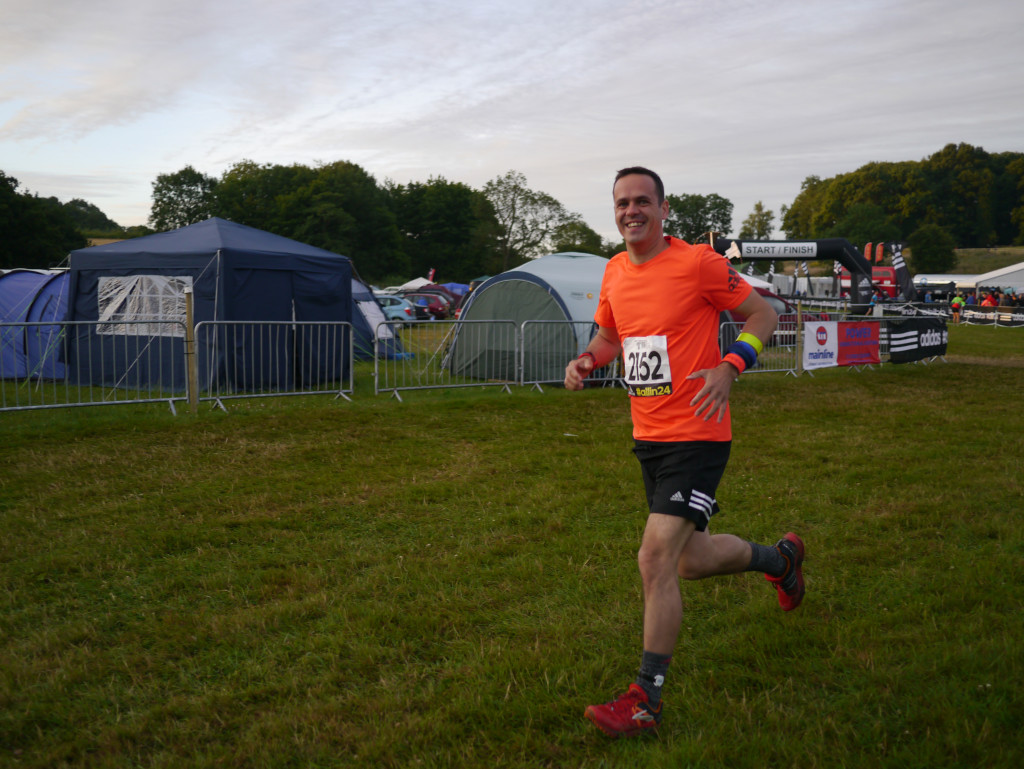 Dan Stinton with a beaming smile on the home-straight