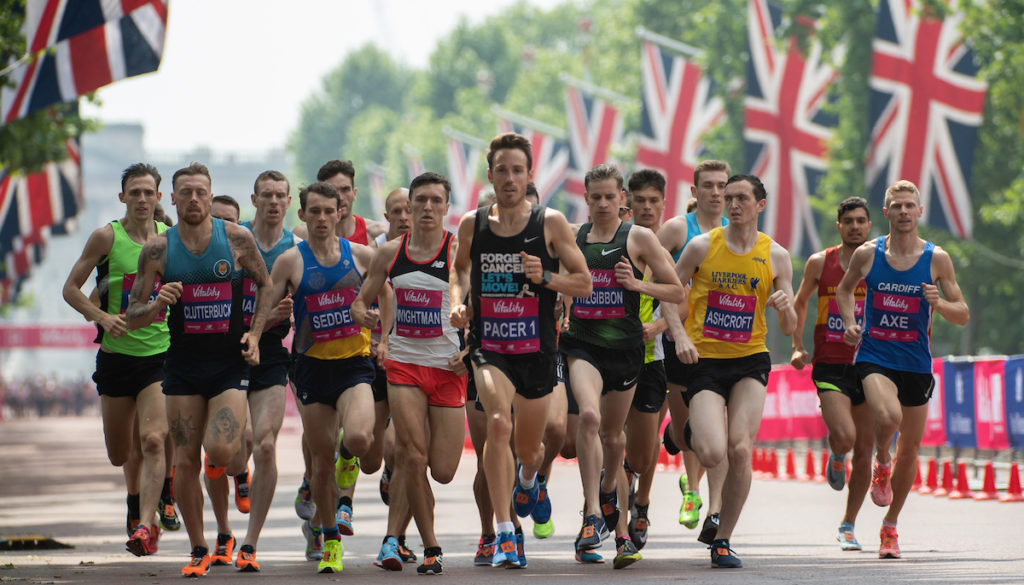 More than 8,000 runners finished the Vitality Westminster Mile in central London on Sunday 27 May, making the world’s greatest festival of mile running officially the biggest ever timed mile event in the world.

A total of 8,048 runners in 39 waves completed the picturesque course around St James’s Park to cross the finish line in front of Buckingham Palace, smashing the previous record of 7,664 set at the New York Fifth Avenue Mile last year.

The world record finish was a fitting tribute to Sir Roger Bannister, the most famous mile runner of them all, who died in March this year aged 88, nearly 62 years after breaking the iconic four-minute barrier for the first time.

The race had been billed a bid to break the four-minute mark for the first time in the event’s six-year history, but that target faded rapidly in the sapping Sunday heat and muggy air of the capital.

“And now I get to hold the Sir Roger Bannister Trophy,” added the delighted US-based Scot. “When I heard he’d died I couldn’t stop thinking about him all day. He changed the game for all of us. It’s an honour to win the trophy this year.” 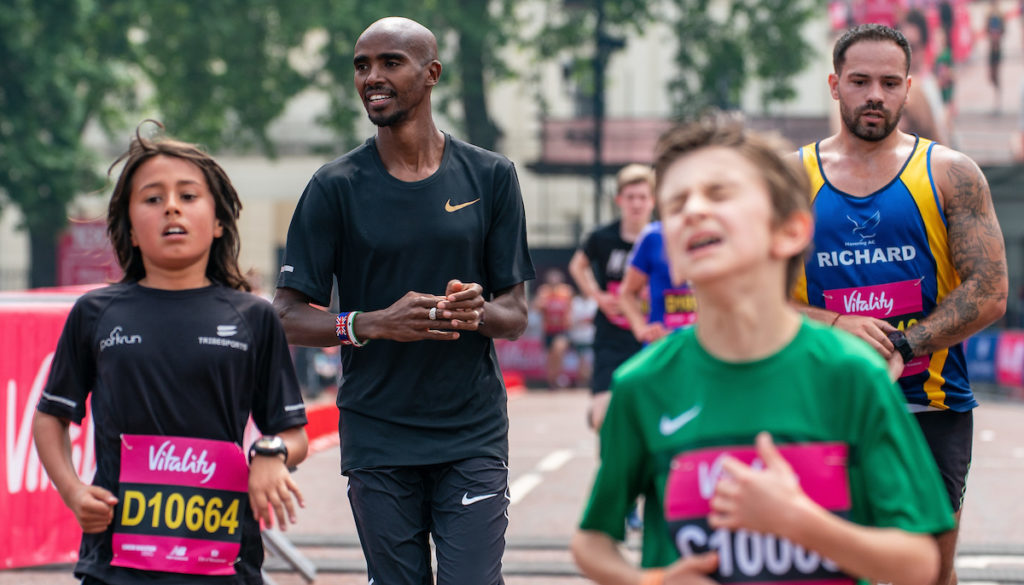 PH by Bob Martin for The Vitality Westminster Mile

“It was tough this year because of the pollen,” said Weir afterwards. “I couldn’t open my lungs as much as I wanted to but I’ll be back next year to break my record.”

Past Olympians were out in force too, some 90 of them led by Lord Sebastian Coe who couldn’t quite turn back the clock to his middle-distance glory days of the 1980s.

The former mile world record breaker and double Olympic 1500m champion finished in fifth place in the Olympians wave before dedicating his run to Bannister. 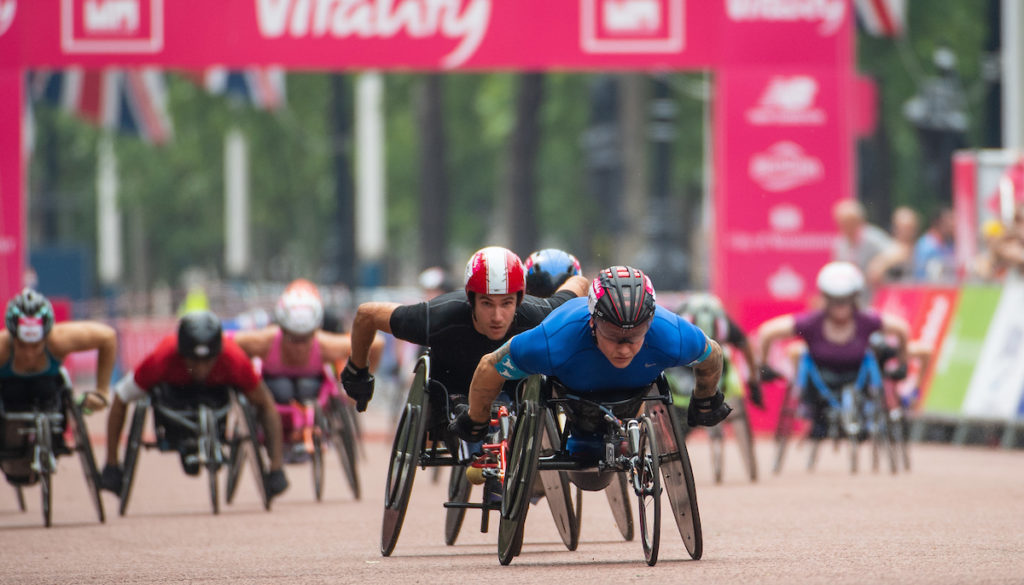 PH by Thomas Lovelock for The Vitality Westminster Mile

The first record of the day fell to Dani Nimmock and husband Mark Burgess who crossed the line hand-in-hand to set a Guinness World Record for the fastest mile while holding hands.

The Essex couple sprinted across the line together in 5:24, almost a full minute inside the old mark set here last year, before receiving their certificate from GWR adjudicator Richard Stenning.

“We’re really happy to have broken 5:30 – we thought we could but you never know what will happen on the day,” said Dani, a London Marathon Events Ltd staff member and winner of the 2018 Manchester Marathon.

The couple ran in one of 12 family waves started by Olympic legend and current British mile record holder Sir Mo Farah who then joined the throng to jog round the course, giving a number of lucky youngsters an unforgettable opportunity to #RunWithMo.

Masters of the mile

This year’s event also featured the first Vitality Masters Mile for over 35-year-olds, a race won by Joe Ashley of Arena Athletics Club who was delighted with his first ever victory.

“That was such an amazing feeling,” said the Brighton-based runner, wearing a British Masters Athletics vest. “As a 39-year-old I seem to have found some speed.

“To put the British kit on and run down The Mall and finish at the Palace is just a dream.”