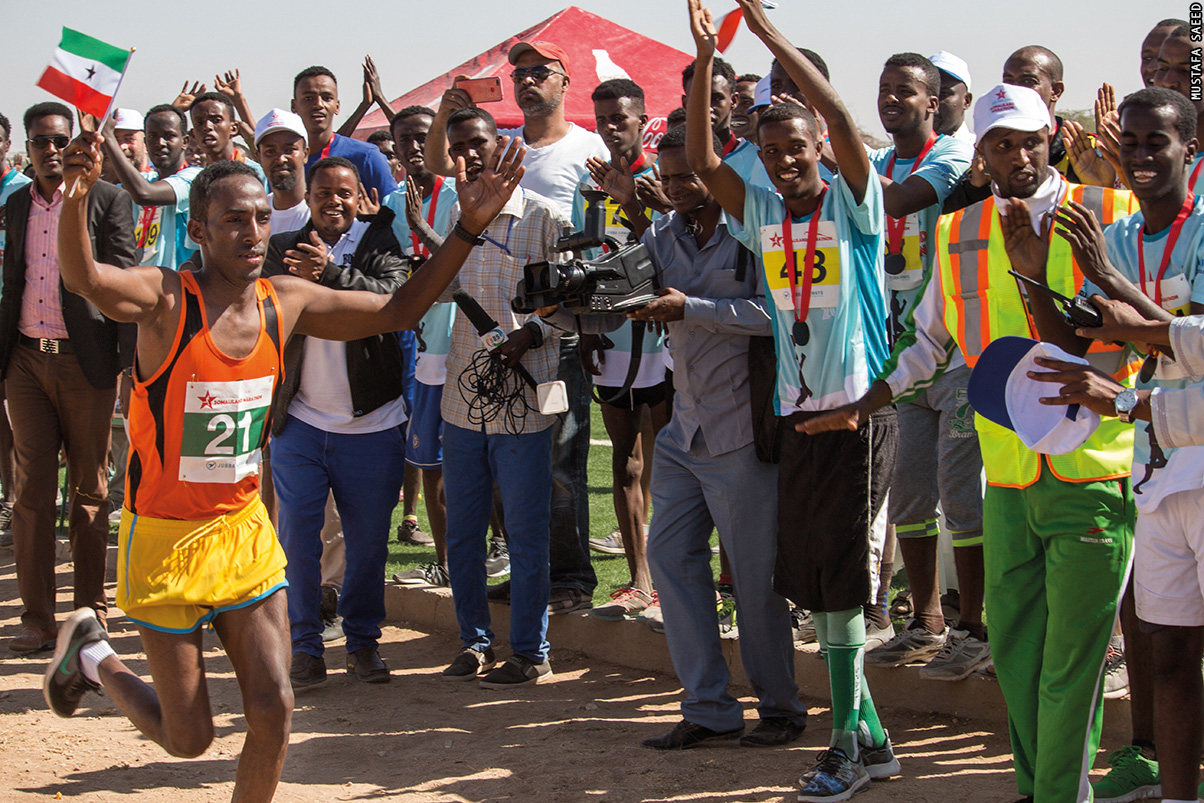 Six miles into the race, and the group of three Somalilanders shadowing me from the start are beginning to grow in confidence. As I step off the road to grab a water, the group attack in unison, upping their pace. The next 20 miles could be very lonely.

I am running in the first Jubba Airlines Somaliland Marathon. Somaliland is not technically a nation. It broke away from Somalia in 1991 but has never been recognised by the United Nations or the African Union.

Unable to receive loans or aid from organisations ranging from the IMF to UNESCO, Somaliland has still somehow prospered, living in relative harmony. When someone mentioned I could race in a country that doesn’t exist – I couldn’t resist.

I’m here with Untamed Borders, a tour company who I have previously ventured to Afghanistan with, so their name is fairly accurate. The rest of our tour group are a mix of marathon globetrotters and cultural daredevils.

Making cents of it all

In the market I hear the word ‘marathon’ whispered among the traders. I’ve raced across the world and the reaction of locals tends to vary between indifference and mirth, but here it is different. At race registration for the marathon and 10K, queues snake outside of the Ministry of Sport and around the block.

Gathering at the start line for the 06:30am start – unusually early for a marathon – I join a small group in strutting back and forth, trying not to think about what lies ahead. After little fanfare, the starter’s gun fires and we’re off, winding our way through the town, behind an entourage of photographers and police. The locals are only just beginning to rise and even the goats that wander the town yawn at us.

Five Somalilanders have formed a small group around me. We smile, exchanging names, before realising that’s all we can communicate.

The route itself is fairly uneventful. As we exit the city, the suburbs melt into the desert. I’m feeling slowly drained by the heat. It’s just over 20° – not unbearable, but uncomfortable all the same. Equally, we aren’t at huge altitude but are higher than Ben Nevis and although it isn’t a hilly marathon, the first half has 700ft of ascent.

I reach halfway in 1:29, sat in third but not feeling great. The two leaders are locked in a battle, running far too hard for this stage of the race. First half uphill means second half down but, unaware of the course profile, I mistake the new ease with which I’m now running as a sign of my long-distance awesomeness and decide that the hunt is on!

I pass 16 miles, start taking my Caffeine Bullets and very quickly second place comes into view. The Somalilanders haven’t been taking on water (and Shot Bloks don’t exist over here) so in some ways this isn’t a fair race at all.

He’s struggling and as I pass he gives up the fight and starts to walk. Cramp had set in and while my competitive side was celebrating, it was horrible to see such a talented runner in pain.

Buzzing on caffeine and the thrill of the chase, four miles quickly pass and the cavalcade of cars crest the horizon. As we reach the outskirts of Hargeisa at mile 21, I catch the leader Orodyahan who has hit the dreaded wall. I stop to check he’s OK – he deserves to finish.

By now Hargeisa is bustling with small shops wafting an aroma of Ethiopian coffee. As we turn towards the stadium, the two children who are running with me are joined by countless others. As I enter, the significance of the race dawns on me.

The stadium is not only alive with finishers of the 10K, but several government ministers have arrived and the finish is flanked by Somali dancers. As I cross the line I’m attacked with a hoard of microphones and repeatedly asked the same question: “Do you think Somaliland will gain independence?”

Somalilanders have a natural talent for running but don’t currently have a running culture and now that’s changing. The Somaliland Marathon not only showcases running to Somalilanders, but also showcases Somaliland to the world. This was my first marathon in a disputed territory, and maybe one day the race’s legacy will see hundreds of Somalilanders race their first ever marathon in their own internationally recognised country. 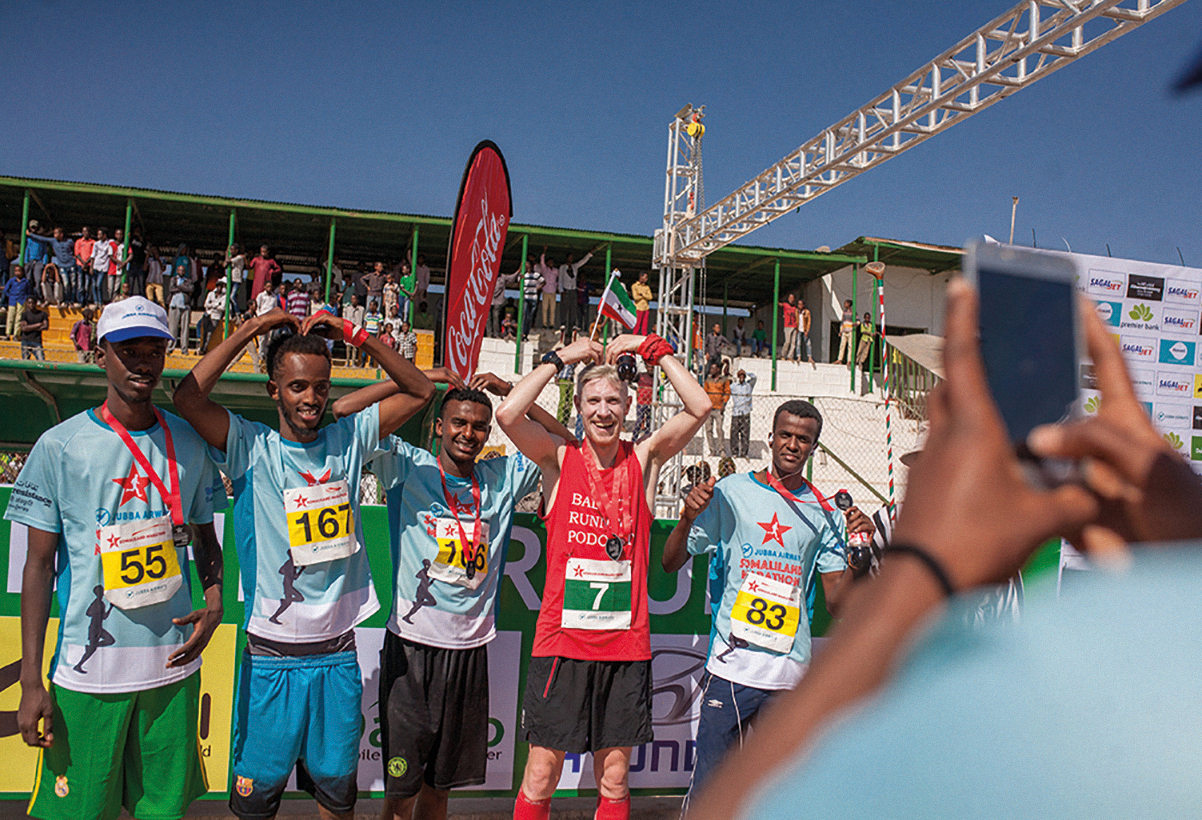 91%
of the field were from Somaliland

807
Somali Shilling to one Pound