The Pros Vs Us

It’s a sad fact that the only thing Usain Bolt and I have in common is that our single-syllable surnames sum us both up perfectly. The recent documentary about the lightning fast Jamaican sprinter was called simply, I am Bolt. Should somebody offer to make a film about my running life, I’ll suggest ‘I am Old’ as the obvious, works-on- every-level title.

Everyone has running heroes these days so, perhaps unimaginatively, I offer Bolt, Radcliffe and Farah as mine. Usain, because I admire him, rather than want to emulate him. Paula, because we hail from the same Cheshire town and because her record-breaking marathon performances were incredible. And Sir Mo because I would love to emulate him, even just a tiny bit.

With that last point in mind, it was sobering to read a breakdown of the brain-boggling amount of running Farah packs into a standard week; averaging around a hundred miles more than my poor old bones can cope with. But the real punch in the stomach was the discovery that Mo’s recovery runs are performed at a pace that I can only manage while being chased downhill by angry bees. And then only briefly. Six-minute miles. His recovery pace, for heaven’s sake.

Of course, none of this is really a shock. Mo, like Usain, represents the cream of the elite; a hard-grafting professional athlete at the very height of his powers. I’m a hobbyist runner with a mortgage, a full-time job and an unshakeable and expensive cake habit.

Recovering at six-minute mile pace in the middle of consecutive 130-mile weeks is what wins an Olympic medal made of gold. Scoffing a muffin while dreaming of perhaps one day running a six-minute mile gets you a finisher’s medal at your local 10K that’s made out of recycled frying pans and features an incredibly useful built-in bottle opener.

So yes, I’ve always known there’s a gulf between Mo and I. The surprise, I suppose, is how big it is and therefore how many other runners it contains. Millions of people, male and female, young and old, who are not as good as Mo but who are still faster than me. Then I saw a little nugget of online wisdom which pointed out that we’re all in the same boat. Apart from those pro runners at the very top of the tree, there will always be someone that little bit faster or slower than all of us.

It’s true and it cheered me up; reminding me that our running heroes aren’t there to make us feel bad about ourselves. They exist to inspire us to become better runners, even if we never even reach the foothills of their lofty heights. All I need to do to improve my own running is to channel some of Sir Mo’s work ethic. And if I can emulate a tiny bit of his majestic style in my next 10K, then so much the better. 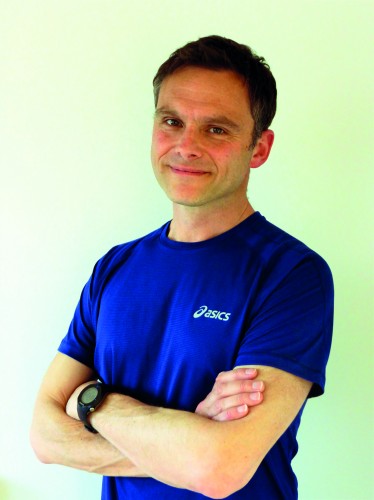 What Makes Mo So Good?
All Videos Videos